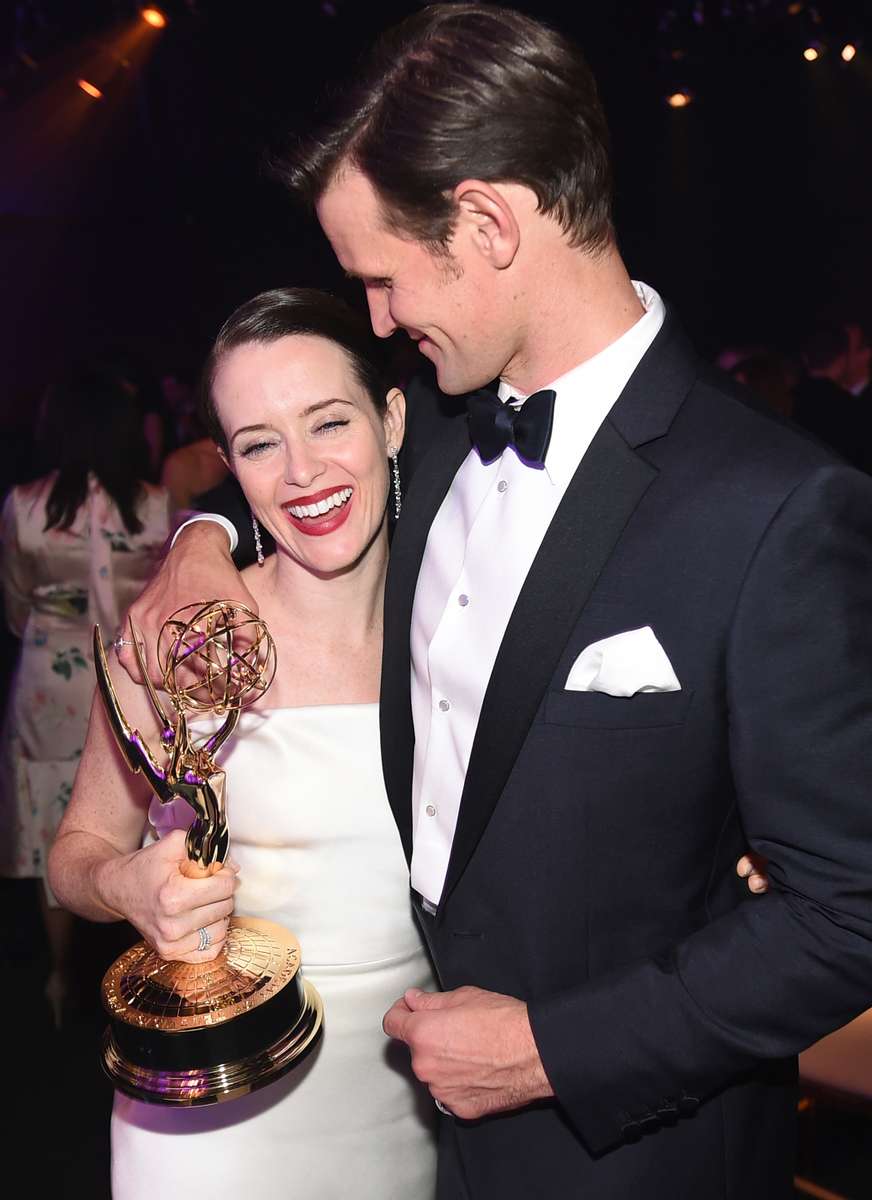 
Claire Foy, winner of the award for outstanding lead actress in a drama series for "The Crown" left, and Matt Smith attend the Governors Ball for the 70th Primetime Emmy Awards on Monday, Sept. 17, 2018, at the Microsoft Theater in Los Angeles. (Photo by Jordan Strauss/Invision for the Television Academy/AP Images)